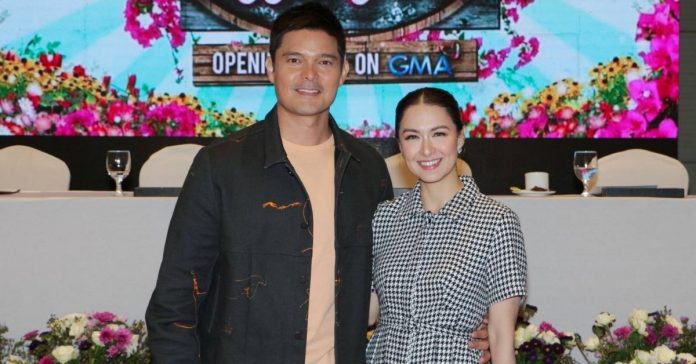 It was on Monday when the two Kapuso prime stars sealed the deal at their contract signing with GMA Network and APT Entertainment executives.

Dingdong expressed his heartfelt gratitude to his home network for giving their family a home in the showbiz industry.

The actor also thanked APT Entertainment for allowing them to take the sitcom to another level by assigning the couple as co-producers.

Meanwhile, Marian shared that pairing up with her husband for a sitcom is a dream come true for her.