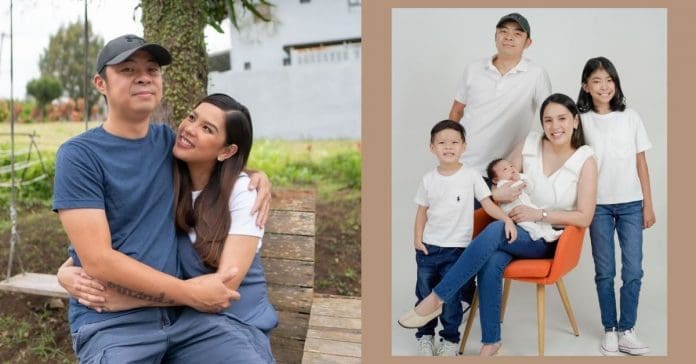 Chito Miranda is loving every second of his life as a family man.

The Parokya ni Edgar frontman talked about putting his family’s well-being and happiness over everything else.

“One thing I love about having a family is that it gave me deeper purpose in life,” he started his lengthy social media post.

Chito went on to share that his purpose in the music industry “grew old fast” when he ran out of goals and had everything he wanted in life.

“Having a family shifted my priorities. I suddenly had something bigger, and more important than myself.

“Everything became super clear and simple because all I had to do now was focus on doing what’s best for them. Their well-being and happiness became my primary concern above everything else… and yun yung naging kaligayahan ko sa buhay,” he wrote.

The 45-year-old advised his fans that finding their own happiness is one of the most important things in life and that he found it in his family.

In his appreciation post is full family snap of his wife Neri, their two kids Miguel and Manuel, and a new addition to their family – Pia.

It was last December when Neri shut down speculations and revealed that Pia is their adopted daughter.

Neri Naig shares why she decided to become talent manager