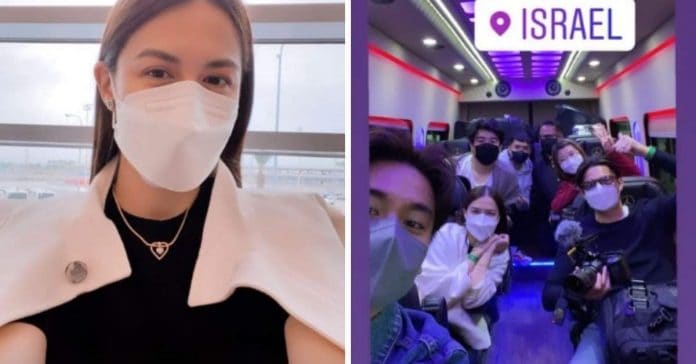 Marian Rivera has arrived in Israel for her judging stint in the Miss Universe 2021 pageant, the coronation night of which is happening on December 12.

On Tuesday afternoon, the Kapuso actress shared via Instagram stories photos of her, along with husband Dingdong Dantes and her own glam team.

“I have arrived,” Marian wrote alongside her selfie pic.

All Access to Artists, Inc, Marian’s management, earlier posted photos of Marian accompanied by Dingdong and her glam team at the airport late Monday evening prior to their Israel flight.

Marian later updated her Instagram stories with photos of her and Dingdong aboard the airplane.

The Kapuso Primetime Queen previously revealed in a virtual media press conference that she was handpicked by the Miss Universe Organization to be part of the official committee for the prestigious international pageant.

Fans can’t get over Marian Rivera and her daughter Zia’s...