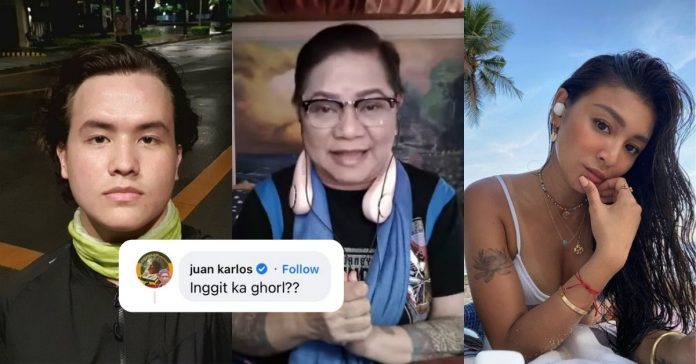 Juan Karlos “JK” Labajo had this to say to veteran entertainment columnist Cristy Fermin for criticizing Nadine Lustre over showing “too much skin.”

Cristy recently commented on Nadine’s reaction to a Twitter user who allegedly body-shamed the actress online.

In a now-deleted tweet, the netizen claimed that the actress gained weight and her body shape changed.

Nadine had a savage response to the tweet: “Ew, body shamer”.

The showbiz scribe, meanwhile, in her digital program Cristy Ferminute, put the blame on Nadine for getting body-shamed, a move that didn’t sit well with the latter’s fans and supporters.

Cristy then landed on Twitter’s trending topics as Nadine’s fans called her out for the comments she made against their idol.

The showbiz commentator’s remarks also apparently did not sit well with singer JK, as he left a comment in a Facebook post by another publication about issue.