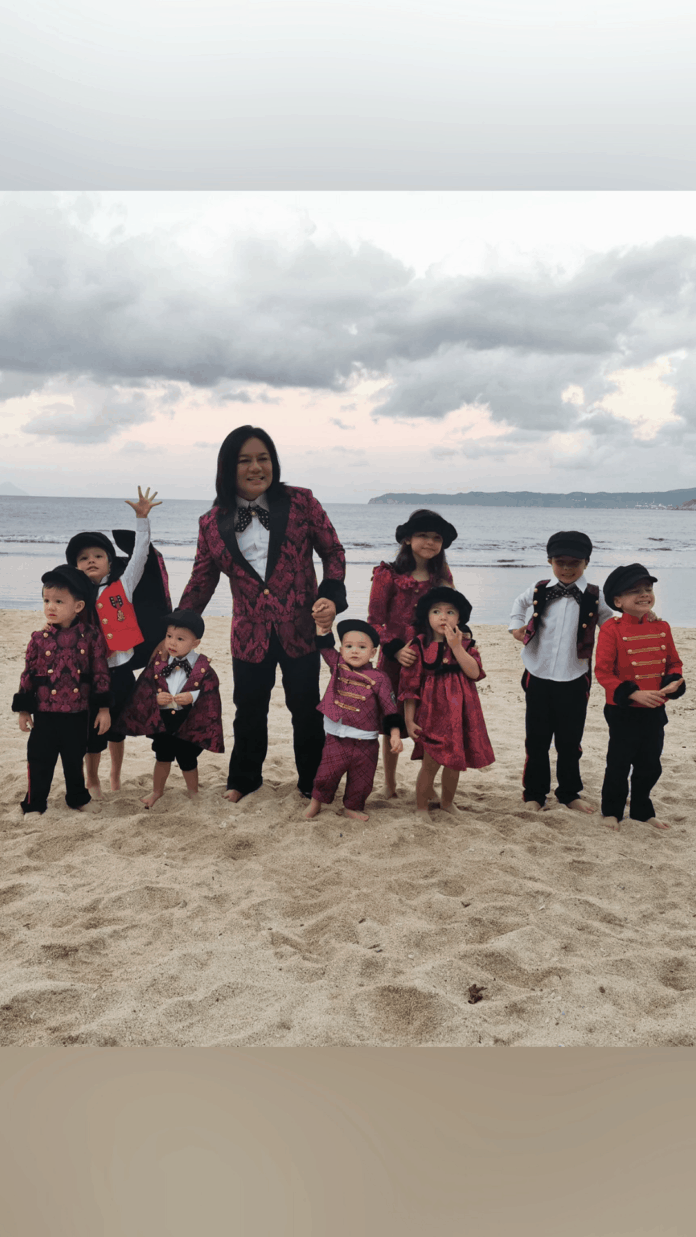 Fragrance mogul Joel Cruz shared that he spent P52 million for his eight children who were all born via in-vitro fertilization.

He spent the highest on his first twins because he had additional expenses to fix all the requirements to bring his children home.

His children came from the same Russian mother named Lilia, but the second and third set of twins, as well as the seventh and eighth child were carried by surrogate mothers. All egg cells came from Lilia.

He admitted he tried surrogacy in the Philippines, but was unsuccessful, so he went to other countries for the procedure.

His first twins are named Prince Sean and Princess Synne, who were born in September 2012. They were followed by Prince Harry and Prince in October 2015; Charles and Charlotte in May 2017; Zeid in June 2018; and Ziv in November 2018.

He said that his eldest kids “know somehow” how they became his children but not in full detail.

Cruz has maintained a good relationship with his children’s mother, who was hands-on in taking care of the babies when they were still in Russia.

Lilia and her family were meant to visit the Philippines but their trip was postponed because of the COVID-19 pandemic.