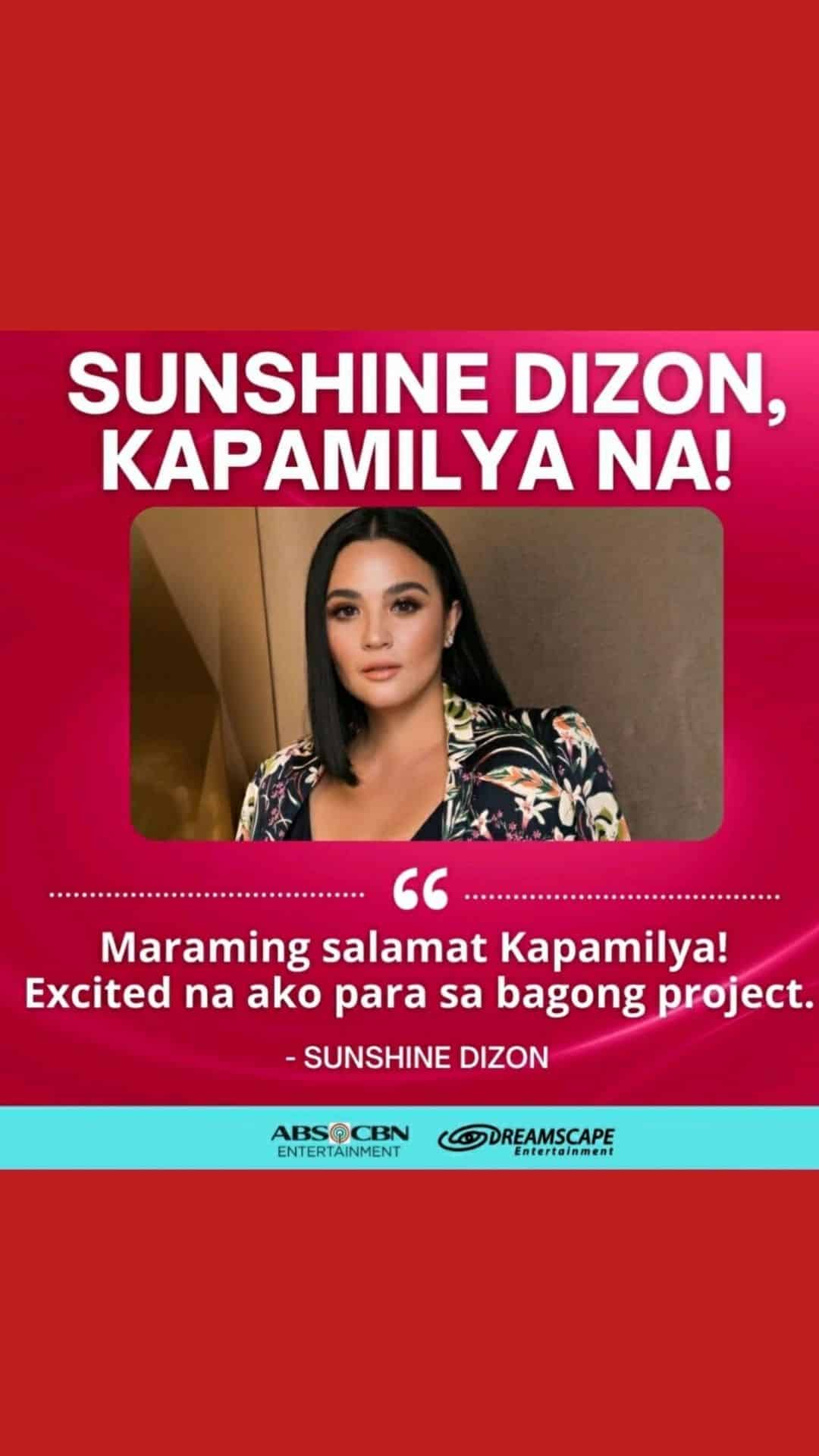 Sunshine Dizon is ‘happy to be Kapamilya’

Sunshine Dizon is officially a Kapamilya!

ABS-CBN welcomed the former Kapuso star on Friday with the announcement of her project with her new home network.

In a video announcement, Sunshine will star in the Kapamilya teleserye Marry Me, Marry You with fellow ex-Kapuso stars Janine Gutierrez and Paulo Avelino.

Sunshine was earlier rumored to be one of those actors eyed to join the cast of the Philippine adaptation of the popular K-drama The World of Married, after ABS-CBN signed a deal with BBC who produced the original series Doctor Foster.

The actress is still staring in a marriage-themed series, Marry Me, Marry You, which will be produced by Dreamscape Entertainment — the production unit behind FPJ’s Ang Probinsyano, Love Thy Woman and the just-concluded Walang Hanggang Paalam.