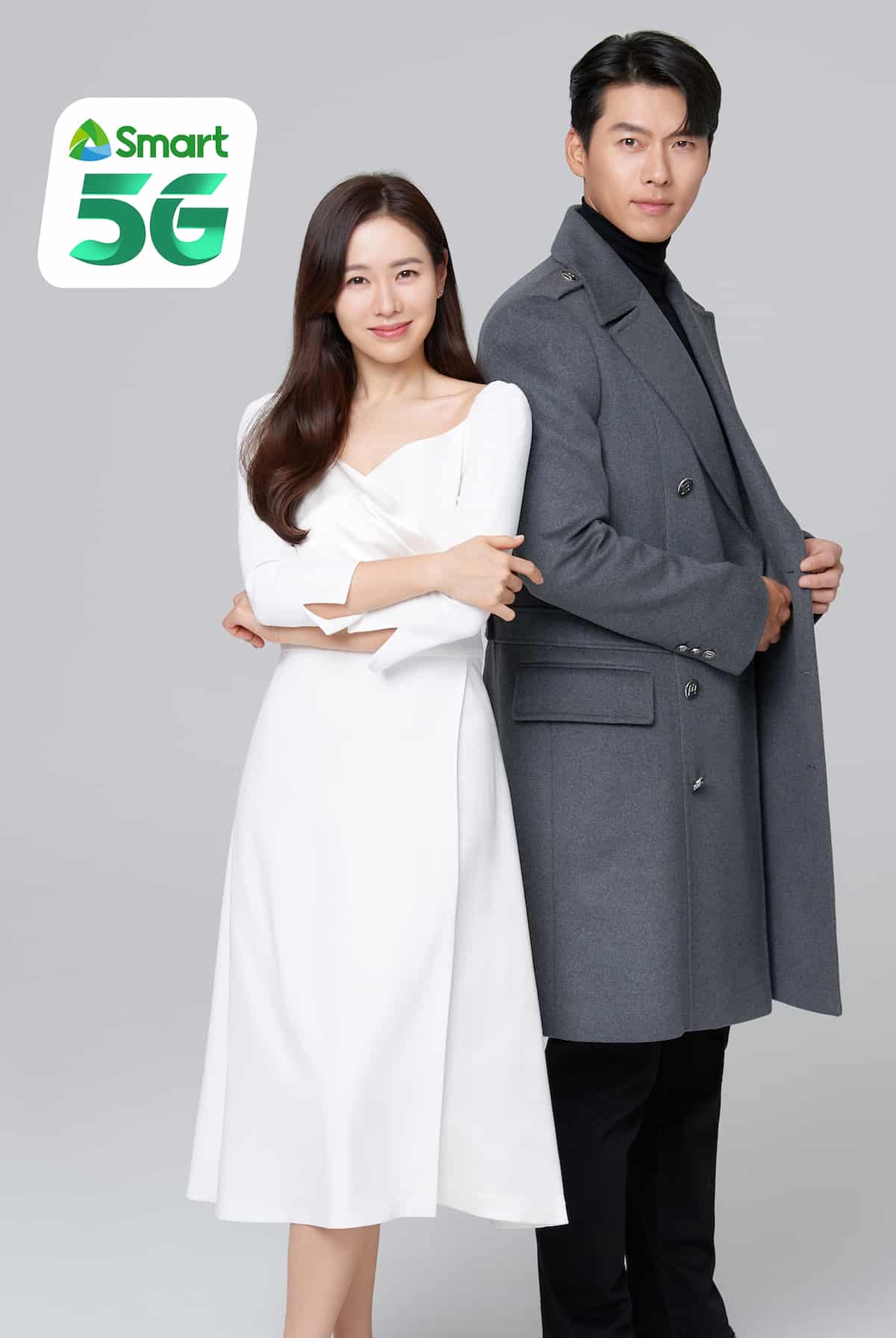 This is the first time the Crash Landing On You (CLOY) lead stars are seen together onscreen after they officially confirmed that they’re dating last January 1.

The TVC, which is set to Ben & Ben’s original song Inevitable, sees the two searching for each other in a crowded city with the help of 5G technology.

Their pairing in this commercial brings back all the CLOY feels of how seemingly impossible connections can be made possible, especially if they are meant to be.

“Do you believe this is possible?” Hyun Bin asks Son Yen Jin, who then replies in true kilig fashion, “I do!”

This is the fitting “culmination” for the trilogy of Smart TVCs which earlier showed the Korean stars individually.

“I enjoyed doing this video and I hope you will enjoy it, too,” said Hyun Bin in a short video prior to the TVC premiere.

The TVC was in response to the online clamor that started last June 2020 after Smart launched Hyun Bin’s “Simple. Smart Ako” TVC, which was followed by Son Yen Jin’s for Smart Signature last August. It was “inevitable” that the endorsement coup would fuel anticipation among fans for a joint TVC.

It will be recalled that Smart president and CEO Alfredo Panlilio first teased the public of a possible project involving the CLOY couple during the virtual presscon that launched Hyun Bin’s ad.

“Finally! The wait is over for all of us K-fans who have been wishing for Hyun Bin and Son Ye Jin to be together again. We heard your clamor, and we read all your #InSmartWeTrust posts so we knew this was inevitable. We had to make this happen. You are all part of this sweet journey, and we owe this to you, our dear subscribers. Enjoy,” said Jane Basas, SVP and head of Consumer Wireless Business at Smart.

Meanwhile, Ben&Ben purposely wrote the music and theme song for this campaign — a rare occasion where a local brand features global stars as endorsers in a video that also showcases local musical talent.

According to the telco, pulling off a project that puts Hyun Bin and Son Ye Jin together again was much like the latest development with the Smart 5G.

The campaign also highlights the continuation of the nationwide roll-out of its 5G network, with strategic sites in Metro Manila, Boracay, Cavite, Cebu, Davao, Iloilo, Laguna, New Clark City in Pampanga, and Rizal.

Smart said that it has teamed up with smartphone manufacturers like Huawei, Samsung, realme and vivo in offering Smart 5G-certified devices under Smart Signature 5G Plans.

Watch the full BinJin TVC below: