KathNiel’s skate date gets stamp of approval from Margielyn Didal 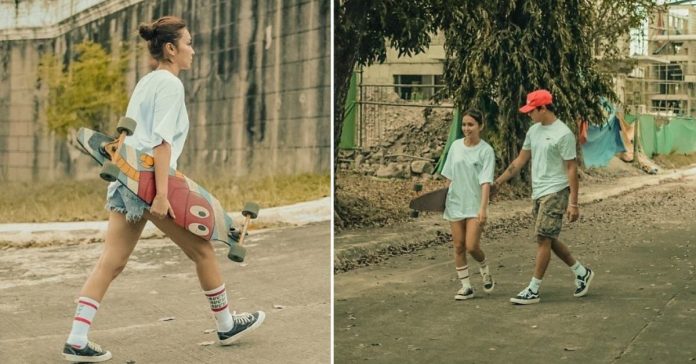 The actor flexed his girlfriend looking cool with her skateboard in hand.

Daniel’s snaps of Kathryn from their skate date was matched with lyrics to Lupe Fiasco’s song Kick Push.

In one photo, the lovebirds walked together as they sported their comfy skate fashion.

Under the comments section, the two received the support of professional street skateboarder Margielyn Didal.

While he replied with a “tenkyu boss”.

This isn’t the couple’s first interaction with an Olympian. Back in December, the two gushed over meeting Olympic gold medalist Hidilyn Diaz during ABS-CBN’s Christmas Special.

“Literally flexing because we got to take a photo with our champ, @hidilyndiaz. So happy to finally meet her in person,” they wrote on a social media post.