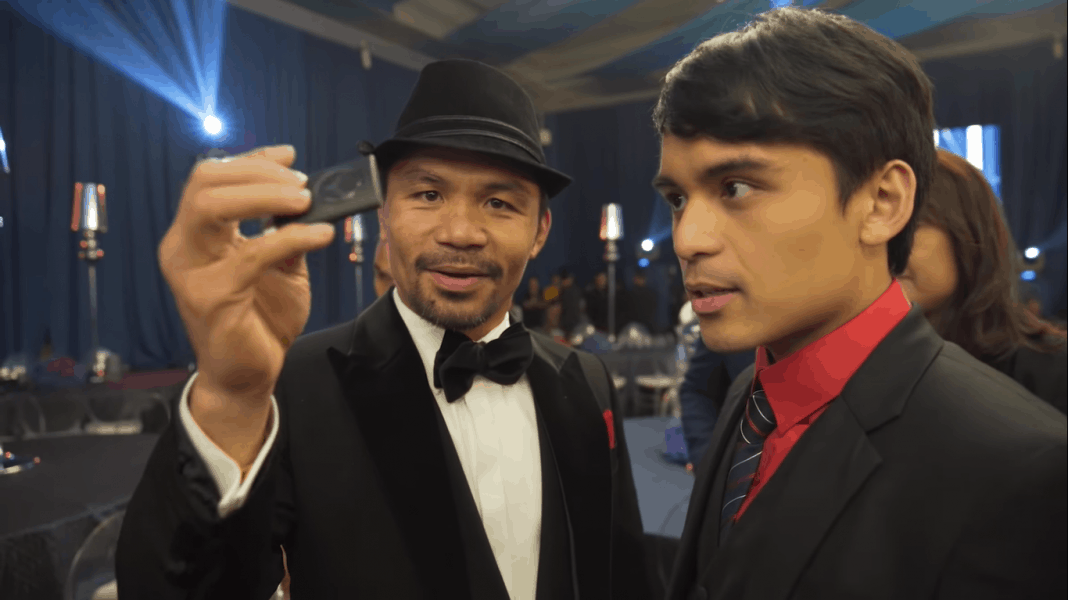 “What does one get Manny Pacquiao for his birthday”?

In a video uploaded on his YouTube channel, the eldest Pacquiao child tried to return the luxury sports car he received from his father on his 18th birthday.

Manny gifted Jimuel a Chevrolet Corvette which is worth more than P8 million when he turned 18 last September.

As his dad had to entertain a couple of visitors, Jimuel waited for the right time to give his dad’s “present”.

When he finally had the chance to give his gift, Jimuel handed the car keys to his father.

Manny seemed surprised and bewildered: “Ano to?” he said. Jimuel then revealed that it was his Corvette key.

His dad awkwardly laughed and eventually learned that it was just a prank.

Jimuel shared that he had a hard time thinking what to give his dad who already has everything so he did a prank instead.

“So guys, wala akong pera pambili ng regalong car. Pero if I had the money, I would give everything to my dad kasi he gave everything for us and I love him so much,” he said.

“Wala man akong pera (right now) para bigyan siya ng something as valuable like Corvette, if I did I would give him also everything, because that’s what he did for us,” he added.

The Philippine Senator and boxing champ is ranked by Forbes as the world’s 8th wealthiest athlete for the decade with estimated $435 million earnings.