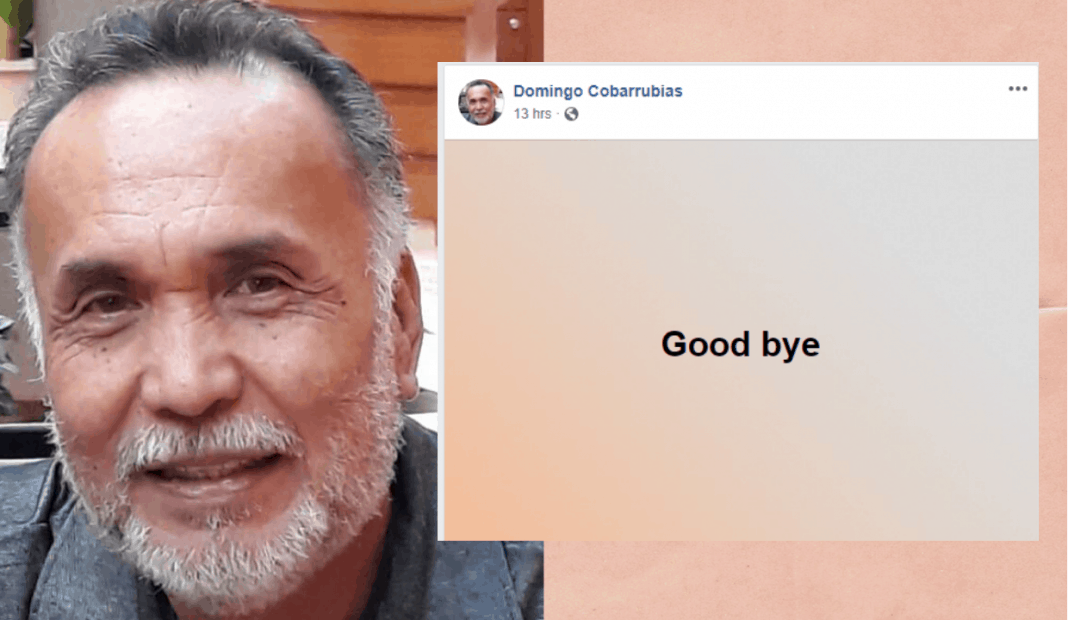 Veteran actor Domingo Cobarrubias — more popularly known as Menggie Cobarrubias — posted his last “goodbye” before he passed away reportedly due to complications from pneumonia.

The 68-year-old actor was also tested for COVID-19 and was still waiting for the result at the time of his death.

“Goodbye my love. Thank you for the 30 wonderful years. I love you. Dear God please give me the strength to be able to face this very difficult moment of my life,” she wrote.

Film Development Council of the Philippines (FDCP) chairman Liza-Dino Seguerra shared in a Facebook post on Thursday her conversation with the late actor.

Menggie told Liza that he was experiencing symptoms of the coronavirus disease (COVID-19).

The 68-year-old actor had been tested for COVID-19 but his family is still waiting for the results, as per the actor’s niece Patricia Pudon’s statement on Facebook.

Colleagues in the film industry also offered their condolences to the late actor.