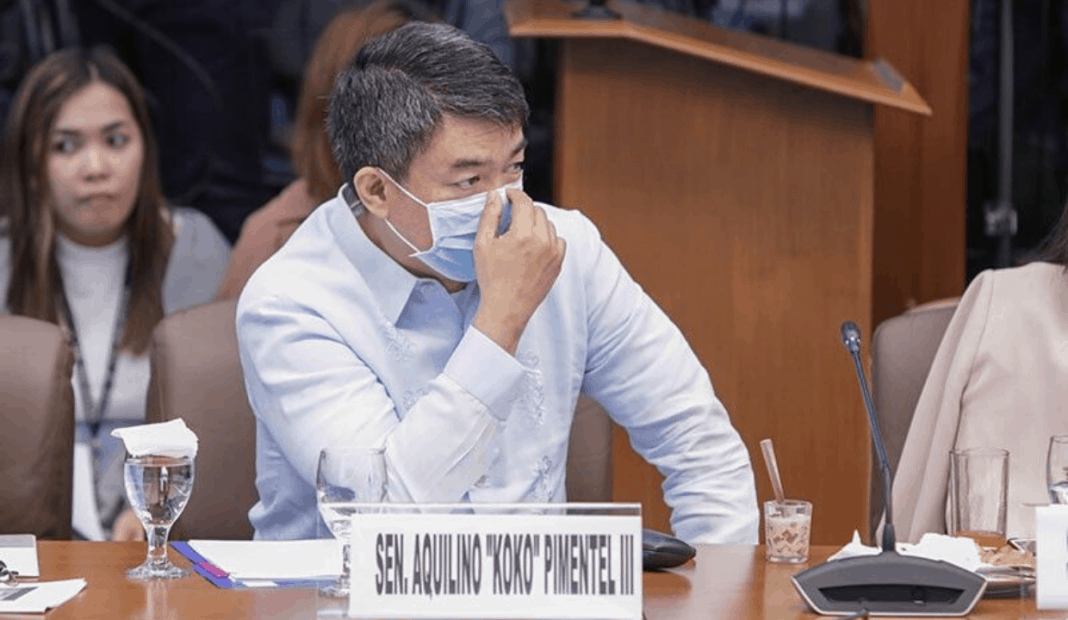 A day after receiving flak from Filipino netizens and even personalities, Senator Koko Pimentel apologized to Makati Medical Center for breaching their coronavirus (COVID-19) containment protocol.

In an interview with Karen Davila for ANC 24/7, the senator explained he was in the hospital to accompany his pregnant wife, Kathryna Yu-Pimentel, who was scheduled to give birth that night.

“I apologize to MMC for being in the hospital in the evening of March 24, 2020, which they deemed to be a breach of their containment protocol. I got the call from 9 o’clock at that evening and then the doctor at the other end of the line informed me of the COVID test result na positive daw,” he said.

Pimentel said he was already inside the hospital premises when he got the information. As soon as he was informed of his result, he left the hospital.

He added that he was asymptomatic and wore a face mask and gloves while he was in the hospital.

“I never intended to breach any protocol but I realize now that my presence in the hospital, in MMC unnecessarily caused additional anguish, concern to the courageous frontline health workers present there, on who we all depend,” he said.

He revealed that no doctor ordered him to test for the disease. Despite the shortage in testing kits, he said it was his own initiative to get tested upon knowing that his colleagues did the same.

“I would like to sincerely and profoundly apologize to the management of the Makati Medical Center for this very unfortunate incident. I never intended to do harm to anyone,” he stressed.

Pimentel asked the public for understanding as he recovers from the illness.

He said that on March 11, he began to limit his movements outside his home. Early today, membership shopping club S&R confirmed that Pimentel was seen shopping at their Taguig branch last March 16.