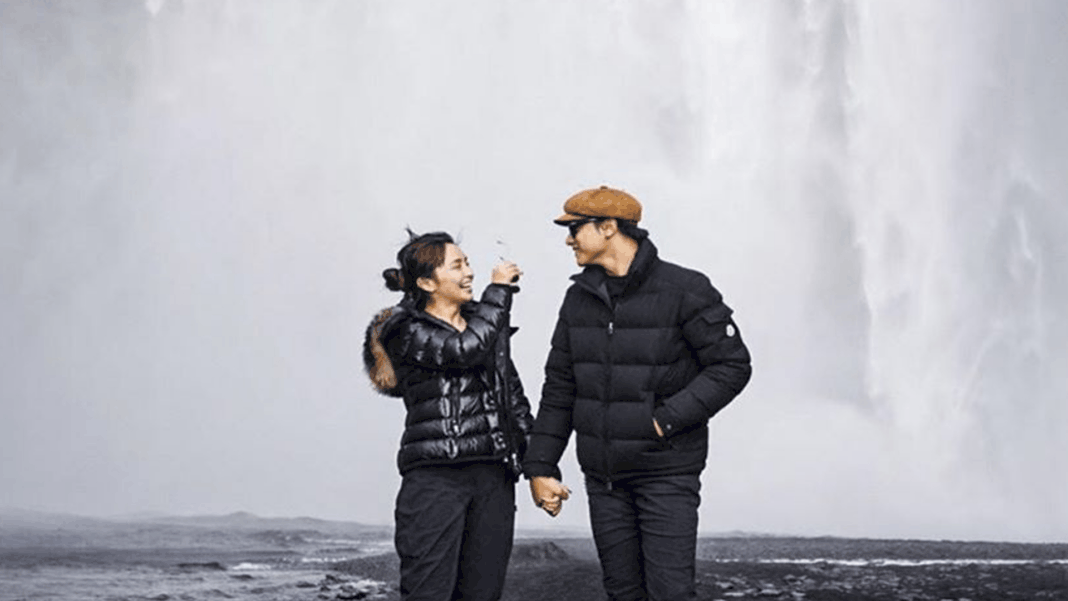 Following their oh-so-lovely photo under the Northern Lights, Kathryn Bernardo shared another captivating set of photos from her and boyfriend Daniel Padilla’s trip to Iceland.

On Tuesday, the Kapamilya actress uploaded three new photos on her Instagram.

One was a snapshot of Kathryn standing on the mountain side with the breathtaking view of the landscape.

The box-office actress couldn’t help but be fascinated with the surroundings, in which she captioned, “Iceland, you are unbelievable. ?”

The other photo showed a beaming Kathryn enjoying the cold weather in the European country.

The two seemed to be savoring most of their getaway in this photo where the two held hands in front of the scenic waterfalls.

“Iceland is known for its hundreds of waterfalls. So far, we’ve already seen four (and still counting) and they’re all BEAUTIFUL! ? More waterfall photos heading your way!!” Kathryn wrote.

This is the second time that KathNiel went to Iceland. Back in 2016, they also had a photoshoot there for a magazine cover.

The young sweethearts flew to Iceland for a two-week vacation before they begin working on their next TV series.