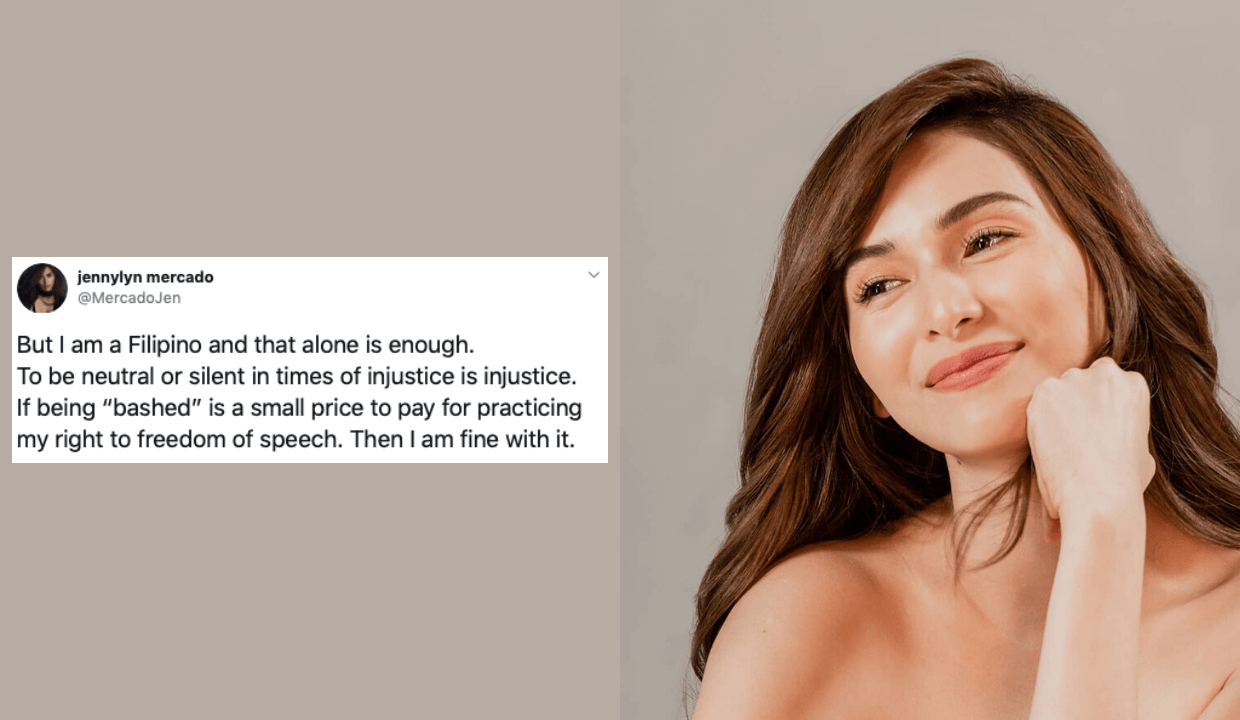 Days after ABS-CBN’s franchise renewal was denied by the House of Representatives, Kapuso star Jennylyn Mercado took to social media to express that her heart is with those who have lost their jobs.

“Hindi ba na tinuruan tayo ng ating mga magulang na maging makatao sa kapwa? Rejoicing because of other people’s sorrow is not only wrong, but inhumane. You are cruel,” she added.

In another tweet, she asked for those celebrating the denial of their rival network’s franchise renewal to put themselves in the position of those who have lost their jobs.

It seemed that the actress’ tweets struck a chord with some Twitter users as Jennylyn told those who asked her not to involve herself in the issue to respect her opinion.

“Kelan naging mali ang ‘mangelam’ o speak out. Have you forgotten that one of our basic rights ay ang Kalayaan ng Pananalita. The moment you hinder someone from speaking their mind is the moment you failed to respect the rights of your fellow Filipino,” she said.

She then called out a Twitter user who asked her to be neutral because she is not a Kapamilya star.

“But I am a Filipino and that alone is enough,” she responded.

“If being ‘bashed’ is a small price to pay for practicing my right to freedom of speech. Then I am fine with it.”

In another tweet, she called out another netizen who said they miss the “meek and humble Jennylyn Mercado.”

“Please don’t ever describe me as meek. Thank you,” she said along with an attachment of the meaning of the word “meek”.