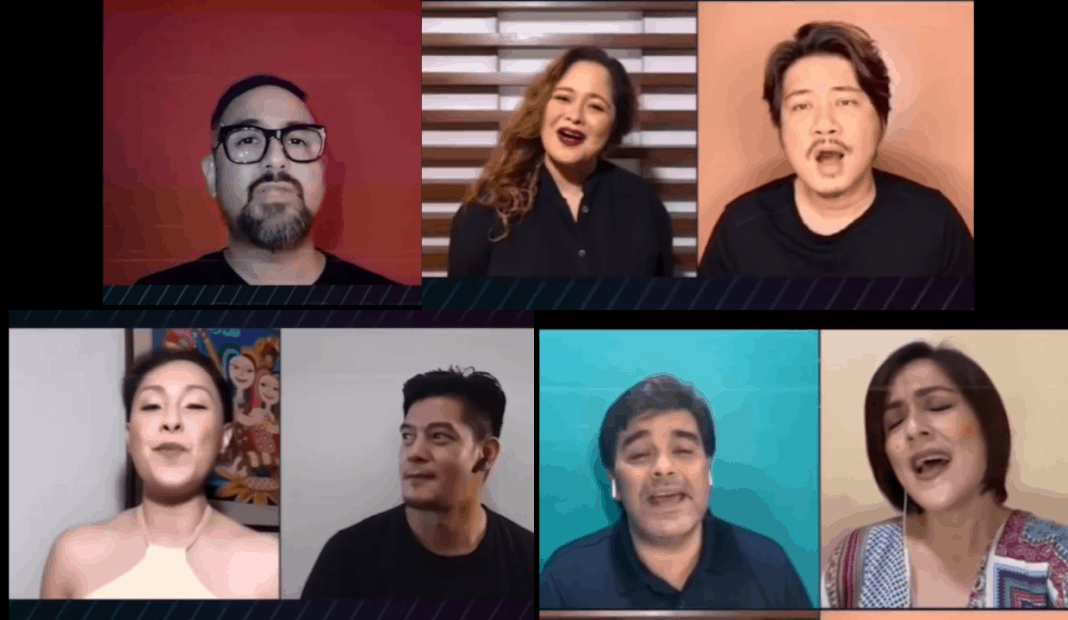 Love teams from the popular ’80s variety show That’s Entertainment took their fans down memory lane with their online mini-reunion during this quarantine period.

That’s Entertainment produced some of hottest onscreen partners in the ’80s, including Manilyn Reynes and Janno Gibbs, Sheryl Cruz and Romnick Sarmenta, and Tina Paner and Ramon “Monching” Gutierrez. Joseph “Keempee” De Leon, who was also paired with Manilyn, joined the surprise collab.

“This quarantine has given us all a chance to re-connect with old friends. So I invited some of mine for this and they all came through,” Janno captioned the full video shared on Instagram.

He added, “Here’s to all of us who get by with a little help from our friends.”

Created by the late German Moreno a.k.a. Kuya Germs, That’s Entertainment aired on GMA Network for a decade. The show featured teenagers divided into four groups from Monday to Thursday and performed all together on Friday.

Many of the most prominent names in showbiz and beyond are That’s Entertainment alumni such as Lea Salonga, Piolo Pascual, Ian Veneracion, Ruffa Gutierrez, Karla Estrada, Judy Ann Santos and Manila City Mayor Isko Moreno.